Considerations for an Exposed Aggregate Driveway

Are you thinking of installing exposed aggregate on your driveway? If so, here are some considerations to bear in mind.

You may wonder how exposed aggregate differs from grey concrete. Standard concrete consists of cement and aggregates, such as sand and stones, which are inside and barely visible. The difference with exposed aggregate is that it has more embellishments like pebbles, crushed shells and glass. Additionally, after the concrete mix is poured into place, a thin top layer of cement is carefully washed away to uncover the aggregates. They thus form a visible decorative feature rather than being simply part of the structural makeup of the concrete.

Control Over the Appearance

With exposed aggregate, you have a lot of control over its appearance. First, you can blend different coloured stones, such as dark blue, black and cream. If you want a warm Mediterranean look, you could combine tan, orange, amber and white pebbles. In this way, you can mix and match the stones to create a distinct look. Another option for adjusting the concrete's appearance relates to the number of aggregates. You could fill the cement abundantly so that the driveway won't show smooth areas in between the stones. Alternatively, add the aggregates sparingly. Contractors can also mix pigments into the cement to give it different shades.

How are the aggregates included?

How the aggregates are added to the concrete is important as it affects the appearance and cost of the driveway. The contractors can add extra decorative stones to the entire concrete mix before it's poured. This technique requires a lot of aggregates, which you'll have to pay for. Another option is to pour an exposed aggregate overlay on top of a plain concrete slab. This method needs fewer embellishments as the overlay is relatively thin.

A third option is for the ornamental aggregates to be seeded on the driveway after the concrete is poured. You'll again require fewer aggregates, but you'll have to pay for the extra labour of hand-placing the stones. Your contractors can advise you on the relative costs of each process and which will work best in your space. If your driveway covers a massive area, then hand-placing the decorations may be unfeasible in terms of time and cost.

The Strength of Exposed Aggregate

You've probably seen exposed aggregate in various designs on driveways, so you know it's strong enough to bear the weight of vehicles. Aggregates such as stones and pebbles add to the strength of concrete. Other aspects also contribute to its sturdiness. For example, the depth and compaction of the ground and gravel base underneath influence how strong the driveway is. The contractors can build these layers deeper to make the aggregate concrete more solid.

For more information about aggregate concrete, contact a local company. 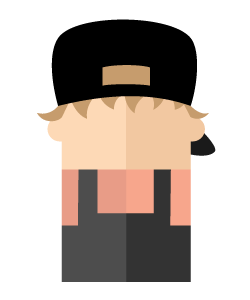 Hello, my name is Bill and this is my concrete blog. When I first decided to renovate my home, I didn't think about using concrete. I thought that concrete should only be used in industrial spaces and multi-storey carparks. However, my friend suggested that I give it some serious consideration. He took me to the local concreting company so I could see some samples of their work. I was really impressed with the precast concrete so I decided to incorporate this into the design of my home. I am really impressed with the results so I decided to start this blog.